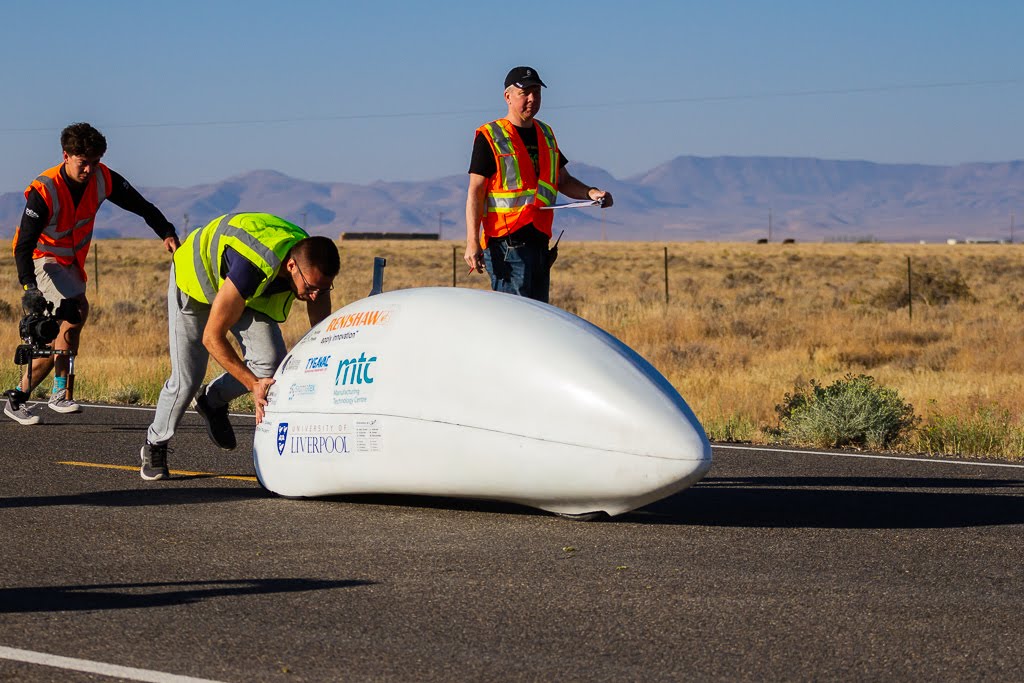 What do you do when you suddenly realise the day has come when you can no longer ride a bike? You keep on riding.

Ten years ago, Ken Talbot was struck with a life changing neurological condition after a seemingly innocuous industrial injury. Despite this, Ken found ways to work within the boundaries of his disability by taking up handcycling in order to continue riding. Soon after, he found that it was time to take things further and fulfil his childhood dream of becoming the fastest cyclist in the world.

In 2018, Ken Talbot teamed up with the University of Liverpool (ULVTeam), builders of British speed record setting bikes, alongside Paralympian Karen Darke, to set four joint new world handcycling speed records, on what is now the world’s fastest handcycle; Arion4.

Come hear the tale of how the team joined forces to break a seven-year standing world speed record and broke a total of four world speed records in handcycling. And meet Arion4, the bike that helped make it possible.

On the same evening you can hear about the ARION Project and Karen’s adventures in handcycling, in a separate talks.