Ten years after the first Pedal on Parliament (the event which inspired the formation of the Edinburgh Festival of Cycling) and two years of not being able to hold the mass ride due to Covid-19, the big ride is back! On Saturday 23 April 2022 – there will be a mass, family-friendly, cycle to the Scottish Parliament to send a loud message to politicians that it’s time to deliver on their promises. It’s time to make Scotland a cycle-friendly country.

This year will be a little different to the previous Pedal on Parliament rides, in that it will be starting from outside the National Museum of Scotland in Chambers Street and not The Meadows as normal. The road will be closed to motor traffic to allow people to gather safely before the start of the ride at 13:00. The ride to the Scottish Parliament will be on roads closed to motor traffic for the duration of the event.

Pedal on Parliament is a grassroots volunteer-led campaign pushing for better, safer and more inclusive cycling conditions for everyone of all ages and abilities in Scotland. We run an annual nationwide weekend of action aimed at policymakers, asking for better investment, design and policy for sustainable transport.
Our manifesto asks politicians to agree to

In its first year, Pedal on Parliament reversed a proposed cut to the Scottish budget for active travel, in its second year it got the Scottish Government to double the budget for active travel (from not very much to a little bit more). After ten years of continuous pressure, PoP has managed to persuade the Scottish Government to commit five per cent of its overall transport budget to active travel, rising by an extra one per cent per year unlit it reaches then per cent of the transport budget (one of PoP’s original manifesto aims). However, there is still more to do to make Scotland a cycle-friendly country. With local elections coming in May this year, it is more important than ever to show that there is large-scale popular support for cycling as an everyday means of transport. This is why we are encouraging people to attend this event. 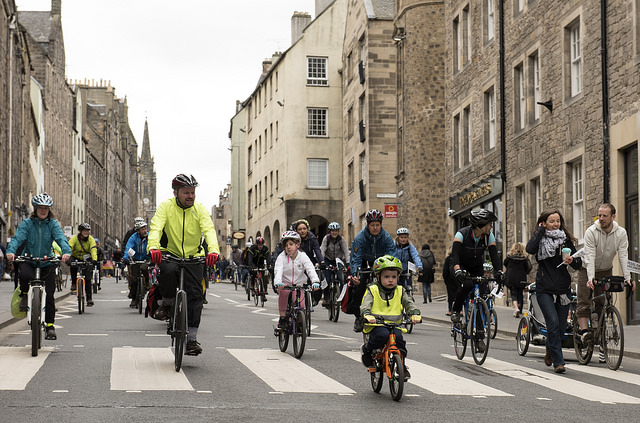 Cyclists with children on the Royal Mile as part of Pedal on Parliament, a Family friendly protest ride to the Scottish Parliament, calling for safer roads for all, by Isers Malone on Flickr © Isers Malone.

This year’s route will be from the normal 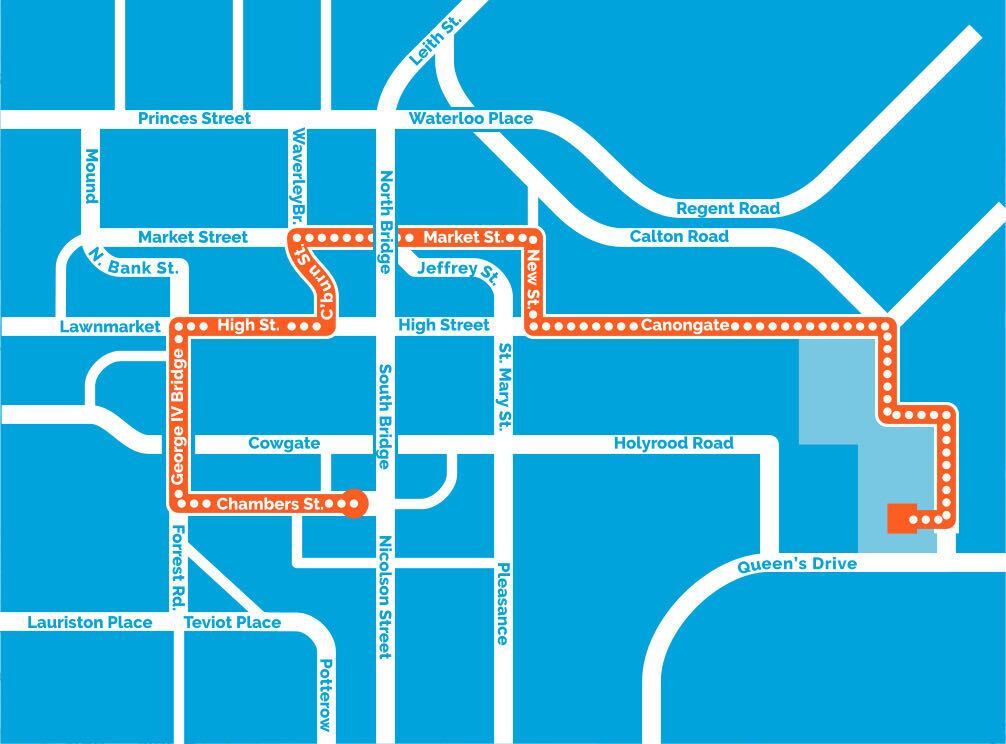