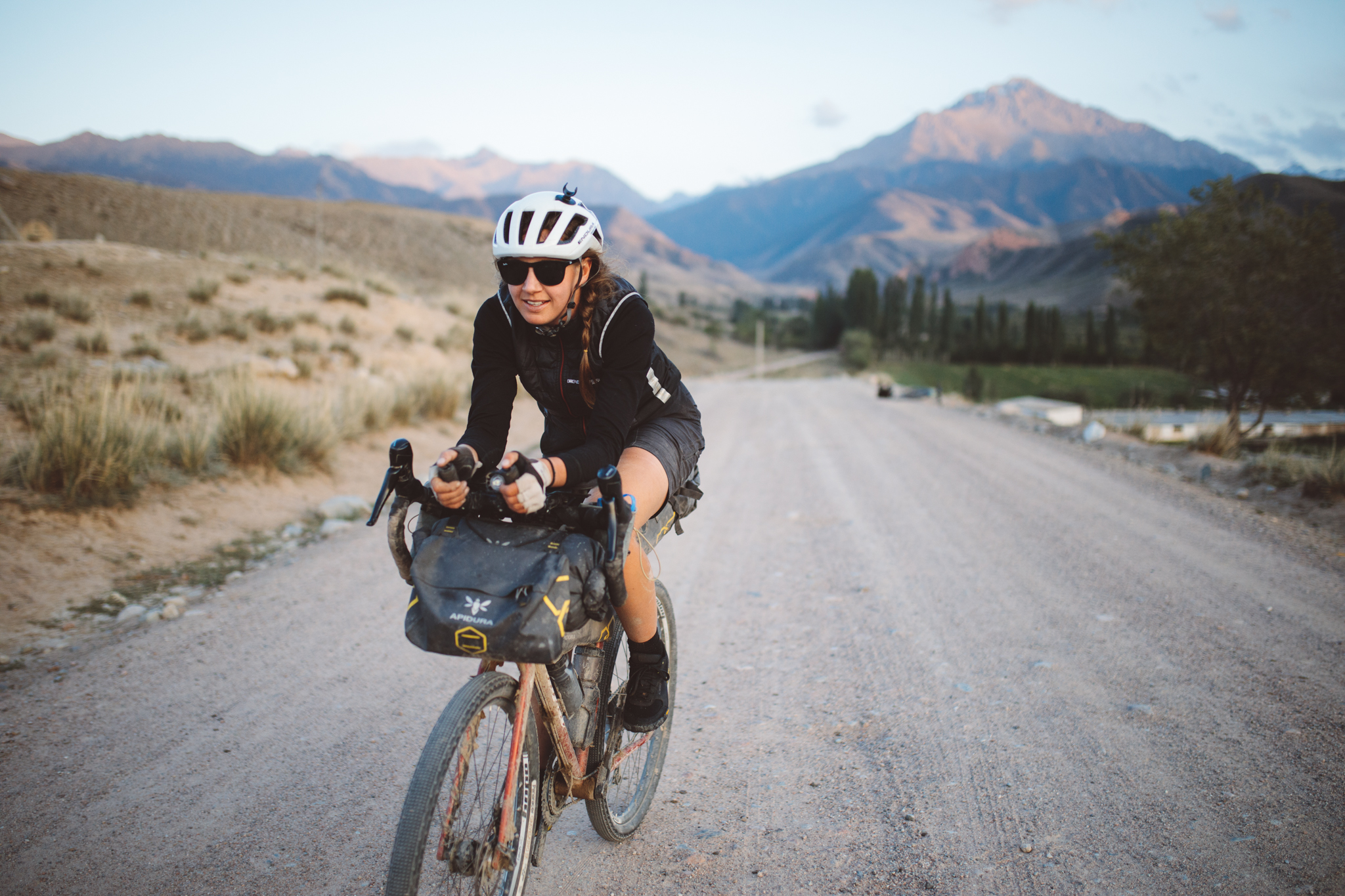 In 2018, Jenny Tough surprised the ultra bikepacking community – and herself – when she came in as the first female in the inaugural Silk Road Mountain Race in Kyrgyzstan.

Jenny came into unsupported bike racing from solo touring adventures, through the Canadian Rockies, circumnavigating the Baltic Sea, crossing Korea, bikepacking in the Balkans, and elsewhere. Closer to home, she dipped her toes into racing in the inaugural 2017 TransScotland race, cross-country from Inverness to Glasgow, nonstop, and came second overall as the only woman to take part. Later that year, she took on the Transcontintental Race, but was unsuccessful – a failure that still haunts her. She bounced back in 2018 to finish 2nd woman in the Transatlantic Way (TAW) ultra race along the Atlantic coast of Ireland, riding >2000 km in just over 7 days, battling navigational challenges, relentless headwinds, swarms of midges, and finally Storm Hector.

“The TAW is full of cruel and futile tricks, sending the racers in circles, zig-zags, and, worst of all, out-and-backs, and a rider needs to have complete faith in her navigation device.” 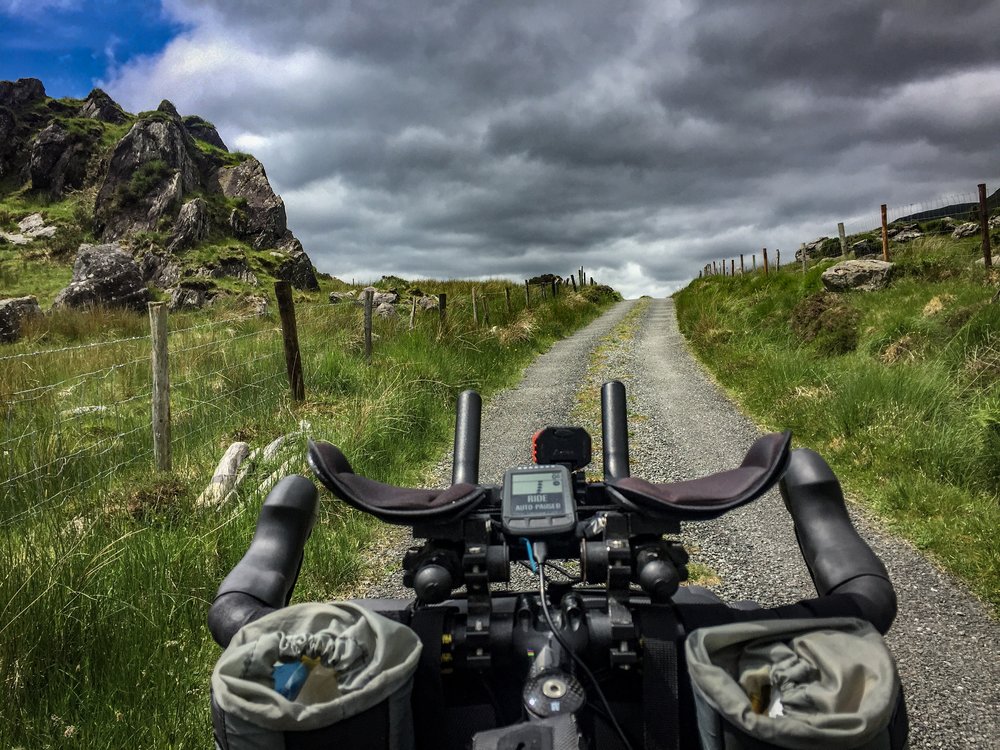 “The wind howls loudly in a sinister tone, and the rain pelts rather than falls, causing me to wince in pain at the sensation of millions of nails being thrown at my face. I determine that this is definitely the worst weather I’ve ever ridden a bike in, which curiously inspires me and I find enjoyment in the storm as my bike is swept back and forth across the small roads of the Beara Peninsula. At the top of a climb I am stopped entirely, standing on the pedals and pushing my lowest gear, fighting to push the bike downhill against the powerful wind.”

After only a few weeks of recovery, Jenny travelled to Kyrgyzstan to attempt the inaugural Silk Road Mountain Race, an epic off-road adventure across remote mountains and steppes of Kyrgyzstan, among a list of who-is-who in ultra-racing. She surprised herself when she came home as the first woman to finish. On the way, she encountered snow storms, warm local hospitality, river crossings, and friendship with her fellow racers. Come and hear Jenny’s tales of her racing, about pushing boundaries, learning from mistakes, and what makes her come back for more. 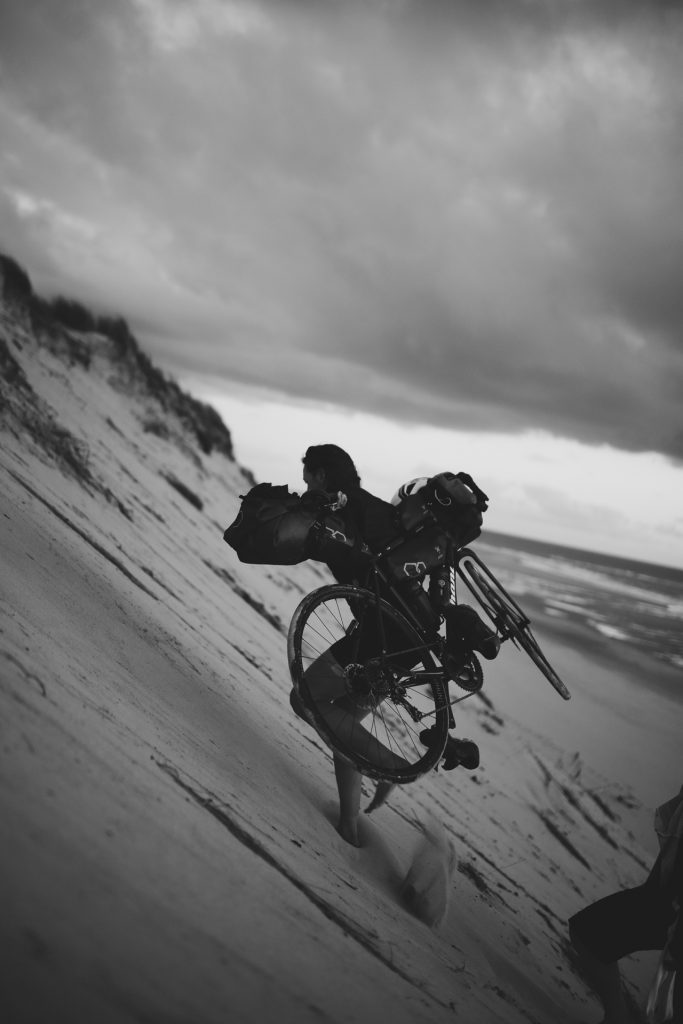